On faith and that which moves through: a writing exploration

Several weeks ago, an old friend and I began the process of catching up after about twenty years of distance. Even with the space that grew between us over those years, I felt I still knew the person sitting across from me just as I did so long ago. Isn’t that the way of it? Does our nature change appreciably from the time we grow into our shoes? Life takes its course, we build experience, understand context, create our joys and sorrows, and understand even more context. But something inextricably fundamental about our characters carries on with us throughout the years. We talk about old times and suddenly the visible scars we avoid touching, so evident on the surface, fade away. An ancient light moves behind the eyes, like sun through a prism, and familiar colors shine again. 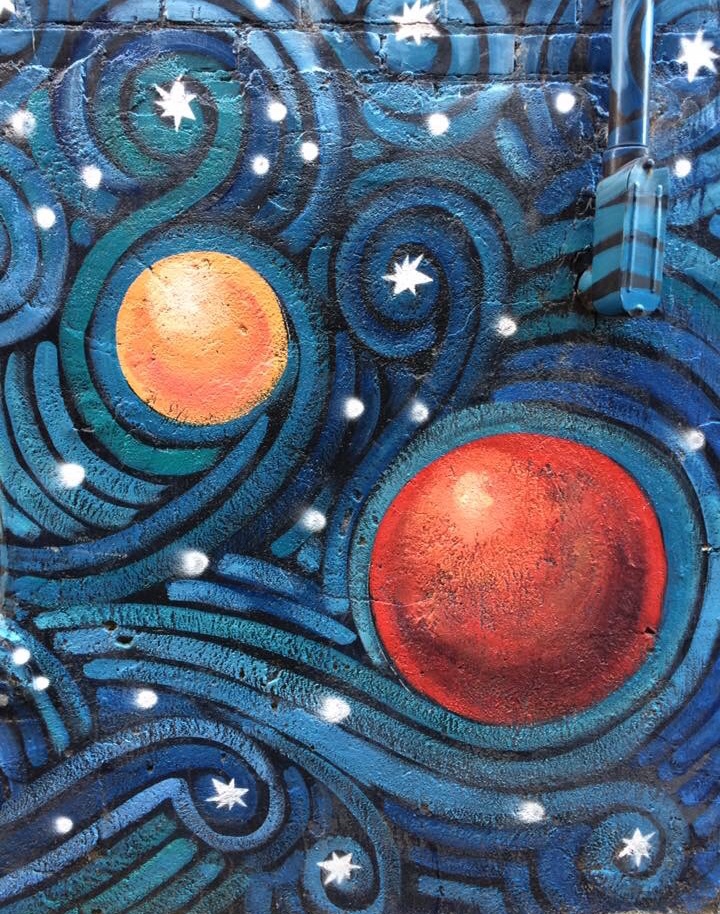 This night we checked in with where we were on faith and belief in God. My friend had since taken on a more scientific approach to living with the presence or energy…science that explains, or has yet to explain, phenomena. Logic and evidence makes sense and is comforting. I understand and appreciate this. A distance has grown between me and the religion I grew up with, too. But as the bulk of my granddad’s sermons and meditations sit on my shelf, faith in the unknown and a way of being that has survived through storytelling, poetry, and song throughout the ages is not something so separate from me, though the application may flow however it’s inspired as time moves on.

There was a pause somewhere in our discussion. He reflected on his culture and explained that long before they began giving feminine and masculine names to natural energies that played a role in the divine world, there was just one energy, ‘that which moves through.’ I felt familiar with this explanation. In my mind, I heard the soft and comforting clang of chimes as wind moves through cylindrical reeds.

There may be many times in our writing practice where we revisit what we’ve created and wonder about its source. Did I write that? Where did that come from? Many writers have trouble taking credit for their work when so inspired. Often, we hear, “I was just the instrument.” Muse or spirit, call it what you will. When it visits, we are most ourselves, unafraid to create, to share. Unburdened by the logic, the data, the evidence. We let the energy in and compose while we can before it moves along. This is such an old story of ours. Such old poetry. Isn’t it fundamental to the creative process? To life? Isn’t it beautiful?